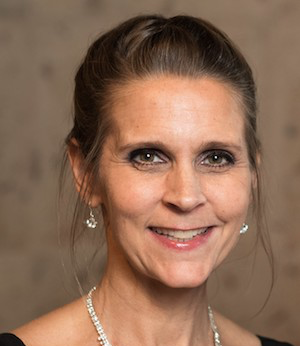 Authored by Pat Kiley and originally published by Construction Citizen.

The Houston Construction Industry is made up of many different people. Those who prosper are authentic, real people who make commitments, work hard to honor them, appreciate others and stay humble when they succeed.

Brianna Wright, the beloved Executive Director of the Houston Chapter, American Subcontractors Association for the past 24 years, who died peacefully in her sleep on Saturday morning, July 3, 2021, epitomized these qualities. Anyone who ever knew her stands in a silent salute. She was the quiet classy doer, the true servant leader. She also set the standard for courage and character strength. While there is a profound sense of loss in our hearts, at her request, we celebrate rather than mourn.

There is so much to applaud and cheer about Brianna. The most important is her superior performance. She ran an exceptional association from the day ASA President Sandy Ferrell hired her in 1997.  She and her committed board, strong committee leaders and high-quality members, collaboratively, have made ASA an effective and widely admired association.  It is respected and emulated at the local, state and national level.  I was proud to call her my colleague and peer for the seven years we overlapped when I was at the Houston Chapter AGC. For another 17 years, she was my client, inviting me to do the construction outlook each year with a rememberable pleasantness, professionalism and touch of class.

Another of her strongest credentials was the respect and trust she earned from her Presidents over her 24-year span as the Chief Staff Executive. Ring-wise veterans like John Kafka, Mike Holland, Bud Walters and Darlene East, as well as rising industry stars like Shannon Macarthur and Craig Peterson, were vocal about her leadership talent. Her insight and opinions were invited and appreciated. She had that critical ability to allow her presidents to lead but stand close enough in their shadow to never let them fall on their face. At a recent meeting, Joe Rigano of Berger Iron works, President of the Houston ASA in 1990-1991, a seasoned executive and keen observer, said simply: “I’m not sure there would still be a Houston Chapter without Brianna’s leadership.”

On her watch, Houston ASA leaders were sought by both the national and state organizations. Darlene East of Holes Inc. and Leticia Barker served as ASA National Presidents while Shannon MacArthur of MEMCO has served on the national board for many years. Additionally, several ASA Houston members have served on the Texas Contractors Association Board.  Andy Adams, an articulate and passionate industry advocate, serves on that board now. Tyler Althouse is the current  President of the Houston ASA. The truest proof of her professionalism and love of her members was to strongly recommend her selected successor, Tamara Hancock. Tamara was my staff partner at AGC Houston for several years. She will honor and enhance Brianna’s legacy through her pleasant, quiet competency. Brianna, predictably, leaves the association in strong leadership hands.

Brianna had a full life away from ASA. Past President, Board Member and friend, Shannon Macarthur, supplied these personal insights: “She was a wife to David, a mother to Mackenzie and Kevin and Grandma to Kevin’s children, Max and Millie, her greatest pleasure.  She was an athlete, a CrossFit fanatic, a cyclist and walker She was a raving fan who rarely missed an LSU football or Houston Astro’s game. She loved random art exhibits, podcasts, selfies, social media, microbrews and Oreos. She and David stayed fully engaged in life”.

Perhaps, most all, Brianna was a rare gift to each of us, that treasured friend who significantly enriches life and makes you proud to be a part of this great industry. We stand in thunderous, sustained applause for all you did, and say, “Thanks Brianna. Well done.” 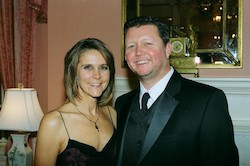 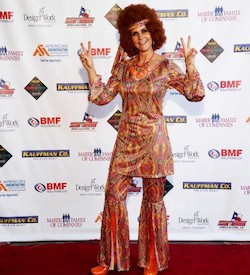