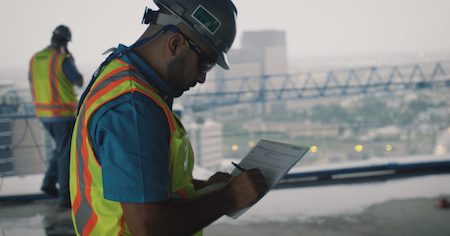 As I drove to work recently, the top story on the news was the housing shortage. Nationwide, demand exceeds supply by 3.8 million homes, and nowhere is that shortage more acute than in Houston. Houses go on the market and draw multiple offers almost immediately, which can be discouraging for buyers. The news report attributed the problem to a lack of skilled labor in construction. There simply aren’t enough workers to build homes fast enough to meet demand.

The 2008 subprime mess resulted in a housing glut that curtailed construction. Workers looked for other opportunities to support their families. Many never returned to construction. Many older workers retired and weren’t replaced.

At the same time, fewer young people were coming into the business. Our educational system now emphasizes a college education for everyone, and one cost of that focus has been the shop classes in our high schools that once gave our kids a start in a skilled trade.

Most of us want what’s best for our children, and that usually doesn’t include us encouraging them to go into construction or other trades if they have a chance at college and a white-collar job.

But we shouldn’t ignore the fact that blue-collar jobs still can offer a viable career. Many pay more and provide greater job security because the trade that they learn is portable. Good carpenters can find work anywhere in the world.

I have been in the building trades for more than 50 years, and my family for more than 85. My ancestors were builders in the Czech Republic before coming to America. When I started, the trades offered a real career, with opportunity for advancement, good hourly wages, training, and benefits. Employers stressed safety.

But in the years since I started, our industry has changed. In the late 1970s, changes in the tax laws allowed employers to classify workers as independent subcontractors, which changed the employer-employee dynamic. The employer was no longer responsible for payroll taxes or skills and safety training. The “subs” were on their own — responsible for their own taxes, accident insurance, and benefits. Today, we call this the ‘gig’ economy, but the pitfalls haven’t changed.

Homebuilders embraced the model because it lowered their costs, which meant lower home prices. But cheaper homes had a hidden cost. Few subcontractors paid payroll taxes, offered benefits or training, or provided workers’ compensation insurance for their injured employees. In fact, many simply claimed that their employees, too, were independent subcontractors. The federal government has done little over the years to correct this “misclassification,” which is why we see the same issues playing out with gig workers for companies like Uber.

While worker classifications were changing, so too was the makeup of our workforce. Immigrants are now the dominant source of our labor, but the independent subcontractor label allows many in our industry to look the other way when it comes to hiring status. It’s not their job to verify the citizenship of the workers building their projects. That’s the job of the subs. And the subs, in turn, claim their workers, are subs, and so it’s not their problem, either. And so it goes, in a downward spiral of irresponsibility.

This system keeps undocumented immigrant workers in the shadows, but it has a profound effect on the economy. Billions of dollars that should be collected from payrolls for Social Security are essentially subsidizing housing prices in many markets, including Houston.

The situation, as bad as it is, will only get worse. We have worked hard to develop internship programs in our high schools to show kids the opportunities in the trades. But these efforts are often undermined by the industry’s own practices. Students who recently completed a carpenter training program at a community college couldn’t find decent jobs when they graduated. No framing contractors wanted to hire hourly employees and pay their payroll taxes or provide safety or skills training.

If we’re going to argue that not all kids should go to college, then we owe it to them to ensure the jobs they take offer them fair pay and a chance at a career.

I’ve written extensively about my views for immigration reform, and workers having legal status would definitely improve the labor situation in construction. But that’s only one part of it. We need to expand internship offerings in high schools to recruit young men and women to the trades. Those internships need to be followed with real job offerings that reflect their skills and the market demand. Employers need to restore their relationship with employees and create long-term opportunities, not just spot work.

What employers like my father realized then is still true today: a skilled worker who’s been properly trained in safe work practices is more productive. And more productive workers lower costs over the long term.

We need to recapture that ethic and that commitment to real work. Blue-collar workers aren’t disposable costs, and until our industry abandons its obsession with short-term profit, the housing crisis will continue.

Stan Marek is president and CEO of the Marek Family of Companies and co-author of Deconstructed: An Insider’s View of Illegal Immigration and the Building Trades.