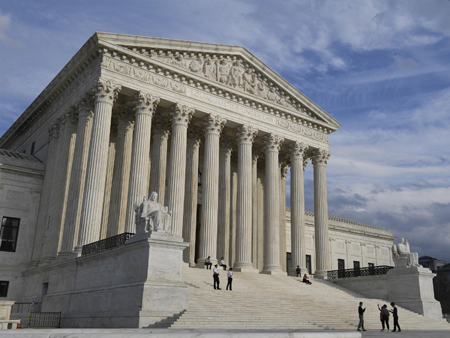 As attorneys prepare to make arguments about protections for young immigrants before the United States Supreme Court next week, nearly 50 business leaders from around Texas asked Senators John Cornyn and Ted Cruz to "take up legislation that will provide a permanent solution for undocumented youth, also known as Dreamers."

"The Supreme Court is expected to reach a decision on the continuation of this program in the spring of 2020," the business leaders wrote in their letter to Cornyn and Cruz. "If the Supreme Court rules that the DACA program can be terminated, 115,290 Texas DACA recipients will lose their ability to work and become deportable."

"Studies by economists across the ideological spectrum have determined that if DACA recipients lose their ability to work legally, the Texas economy could lose $6 billion in GDP annually and the federal government could lose $90 billion in tax revenue," wrote the business leaders. "Thus, congressional inaction following a Supreme Court decision would cause significant negative economic and social effects on businesses and hundreds of thousands of deserving young people across the state."

They also pointed to the fact that there are 226,195 DACA-eligible Dreamers in Texas, "earning $3 billion in income and paying $473.3 million in local, state, and federal taxes."

"Every year, 17,000 Dreamers graduate from Texas high schools; many of these Dreamers were too young to apply for DACA or could not afford the fees to apply before the Trump administration rescinded the program in 2017," they said. "Dreamers without DACA will be ineligible for legal employment when they graduate from high school and college. Their education, which our state has invested in, would go to waste."

"64% of Republican and 90% of Democratic voters nationwide support citizenship for Dreamers," the business leaders noted, adding that Cornyn and Cruz should "take advantage of this opportunity to earn the support of the American electorate on an issue that has remained unresolved for decades and prevented our nation from realizing its full potential."

The full letter can be seen here.